The University Foundation organizes lots of activities for the members of the Club. Below you can see short reviews of some past activities. A more complete list can be seen on the French or Dutch web pages. 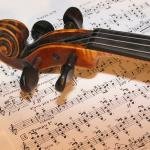 Every year prestigiuos orchestras and famous solists will perfom at the Bozar.

The University Foundation is able to reserve a number of seats for its Club members at reduced rates. 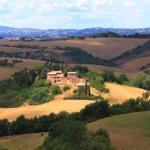 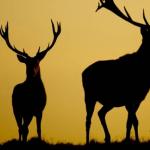 After the success of his Parsifal, Romeo Castellucci returned to Brussels with an ambitious project, initiated by La Monnaie, which he staged in two European capitals. In fact, he offered us a double reflection on love and death based on Christoph Willibald Gluck’s masterpiece, first in Vienna during the month of May, opening the Wiener Festwochen, and then in our theatre in June. He presented Orfeo ed Euridice, the Viennese version of 1762, in Italian in Vienna, followed by Hector Berlioz’s 1859 version, in French, Orphée et Eurydice, on the stage of La Monnaie. 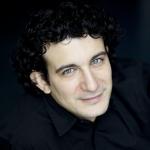 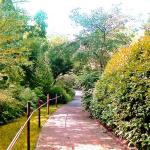 Lunch at the University Foundation + Guided visit to the park Tenbosch in Ixelles with dhr Daniel Geerinck. 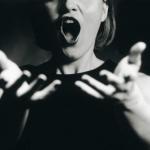 As in recent years, thanks to the good relations with the organisation, the University Foundation was able to offer its Club members seats for some concerts of the Queen Elisabeth competition 2014 (Voice). 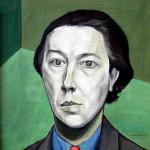 Guided tour of the exhibition “The neo-impressionist portrait” at the  Culturel Centre ING, followed by a dinner at the University Foundation .

Originating in Paris, and a real turning point in the history of painting at the end of the 19th century, the neo-impressionist movement developed in a unique way in Brussels.
In 1886, Georges Seurat exhibited his painting "A Sunday Afternoon on the Island of La Grande Jatte" in Paris. Noticing the modernity of this masterpiece, his Belgian contemporaries invited Seurat to exhibit the work the following year at the Salon des XX. The work inspired both the artists in this Brussels circle and artists invited from many countries in Europe. The revolutionary theory of neo-impressionism was welcomed enthusiastically in Brussels, which rapidly became a platform for the exchange of progressive ideas.
From then on, the neo-impressionist movement revolved around two axes. The French school, whose protagonists Georges Seurat, Paul Signac, Lucien Pissarro, Maximilien Luce, Henri Delavallée, Henri-Edmond Cross and Achille Laugé used this technique in their research into light and objective colour, recomposed by the eye through juxtaposed points of pure colour. In terms of the portrait, the French school conveyed the idea of the effigy portrait with its neutrality and precise objectivity.
The international and Belgian schools, represented by William Jelley, Henry Van de Velde, Georges Lemmen, George Morren and Théo Van Rysselberghe, demonstrated that this divisionist colour technique could be perfectly applied when creating intimate and psychological portraits, with great depth and meticulous in their use of light to create a three-dimensional image.
Personalities of different artistic disciplines had themselves portraited by neo-impressionist artists, who were themselves invited to participate in literary circles. Thus modernist ideas spread through all types of cultural manifestation. 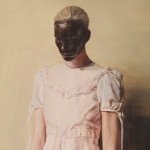 Visit of the exhibition Michaël Borremans. "As sweet as it gets” (Bozar) + diner at the University Foundation.
Michaël Borremans made his international breakthrough in the late 1990s with a varied body of work (including drawings, paintings, and films) that laid bare the deceptive nature of representation and the absurdity of existence in a suggestive, ironic way. Borremans has been known to make personal references to historic paintings by, among others, Velázquez, Goya, and Manet and also frequently alludes to literature, photography, and film. His focus on the power of the imagination makes his subversive visual idiom especially engaging. This exhibition, containing a hundred works from the last 20 years, allows you to get to know a fascinating artist and offers an overview of his work. It will move later to the Tel Aviv Museum of Art and the Dallas Museum of Art. 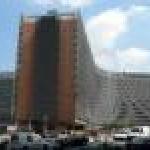 Reflections on Europe's shared culture and history by Mia Doornaert (De Standaard) and Luc Devoldere (Ons Erfdeel) in a debate, chaired by Prof. Hendrik Vos, (in Dutch and French), followed by a walking cocktail at the University Foundation. 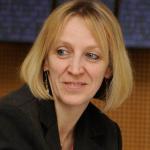 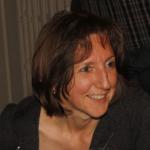 Ultrasound of stars thanks to Asteroseismology
- (Mar 31 2014)

Debate (in Dutch and French) with Prof. Conny Aerts (Director Institute of Astronomy, KU Leuven) and Prof. Véronique Dehant (Royal Observatory of Belgium, UCLouvain, Académicienne) about "Ultrasound of stars thanks to Asteroseismology" + dinner